We can not avoid in the news today yet another disaster. Another killing. Another case of child abduction or abuse. This can and does put people off the idea of God. It is easy when you see these things to wonder “if there is a God, why is he idly  watching by? letting these things happen?”

The answer to this is Sin.

The effect of sin is bigger than the damage it has on humans, but also its impact on creation. We live in a fallen world. A world which could be perfect but because of sin is marred.

So where did this all start then, well in Genesis 3.

17And to Adam he said, “Because you have listened to the voice of your wife and have eaten of the tree of which I commanded you, ‘You shall not eat of it,’ cursed is the ground because of you; in pain you shall eat of it all the days of your life; 18thorns and thistles it shall bring forth for you; and you shall eat the plants of the field. 19By the sweat of your face you shall eat bread, till you return to the ground, for out of it you were taken; for you are dust, and to dust you shall return.”

In this passage then the key verses are 17-18. Because of the sin of taking from the tree of knowledge which God told Adam and Eve to not take from, God cuts them off from all the potential knowledge and power of the tree but also because of their sin informs them that certain things will not work in creation as well as they had done before “The Fall”. When God created the world he declared it good having made it perfect. But now, “Post Fall” the world is not so good, the word used in verse 17 “Cursed” meant the ground was now not considered good but instead fallen, broken.

The way to imagine all this is that now the world is sick from sin. It needs to be given a cure to the disease of sin.

Sin is the cause of all the pain and suffering, all the natural disasters, Pre-fall there is no sign of hurricanes, typhoons, tsunamis and suffering and death. It is only after sin entered the world that the world becomes broken, becomes fallen and imperfect. Soon following the first sin is the first murder, so powerful is influence of sin.

So the reason for all the shocking things that we see on the news are because of the fallen world we live in, because of the sin of our first parents Adam and Eve.

But does this mean God has done nothing about it?

No… Quite the opposite.

18For I consider that the sufferings of this present time are not worth comparing with the glory that is to be revealed to us. 19For the creation waits with eager longing for the revealing of the sons of God. 20For the creation was subjected to futility, not willingly, but because of him who subjected it, in hope 21that the creation itself will be set free from its bondage to corruption and obtain the freedom of the glory of the children of God. 22For we know that the whole creation has been groaning together in the pains of childbirth until now. 23And not only the creation, but we ourselves, who have the first fruits of the Spirit, groan inwardly as we wait eagerly for adoption as sons, the redemption of our bodies.

God had a plan. A rescue plan for creation and for us. One in which he would give his only son up for us and creation.  God saw the effect and damage that sin had on the world. To tackle the infection of Sin, God sent his only son to be a sacrifice for our sins. He came to make us and the world right with him. Jesus came to take away the power of sin by dying on our behalf.

Jesus came to make us and creation righteous. Righteous meaning right with God.

In the passage above we see that as we look and long for the return of Christ, the one who has taken the punishment for our sins, so does creation, it “waits with eager longing”. Creation looks for a release from the bondage of sin just as much as we do.

Does all this mean then that as soon as you become a Christian there is no suffering in your life and in the world around you. Well no. Until Christ returns again there will be death, and there will be natural disasters and famine. But when Christ comes again and we are taken to Heaven we will be in a place of no more tears and no more sorrow.

1Then I saw a new heaven and a new earth, for the first heaven and the first earth had passed away, and the sea was no more. 2And I saw the holy city, new Jerusalem, coming down out of heaven from God, prepared as a bride adorned for her husband. 3And I heard a loud voice from the throne saying, “Behold, the dwelling place of God is with man. He will dwell with them, and they will be his people, and God himself will be with them as their God. 4He will wipe away every tear from their eyes, and death shall be no more, neither shall there be mourning, nor crying, nor pain anymore, for the former things have passed away.”

10 Concerning this salvation, the prophets who prophesied about the grace that was to be yours searched and enquired carefully, 11 enquiring what person or time the Spirit of Christ in them was indicating when he predicted the sufferings of Christ and the subsequent glories. 12 It was revealed to them that they were serving not themselves but you, in the things that have now been announced to you through those who preached the good news to you by the Holy Spirit sent from heaven, things into which angels long to look. 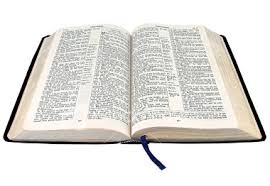 Do any of you remember the game show, Catchphrase? In this great fun program the contestants competed to guess what the caption is for the picture on the screen, when they got one right they had to choose a block to get rid of to try to work out what the main caption is, but things needed to be revealed piece by piece. In the same way that is what Peter is going on about in this passage in terms of Salvation.

Our first thing to notice is how our Salvation was prophesied.  We are going to look at verse 10:

10 Concerning this salvation, the prophets who prophesied about the grace that was to be yours searched and enquired carefully,

The prophets Peter is talking about here, are the Prophets of the Old Testament, this is your Isiah, Daniels, Micah, Zechariah. All the prophets that were talking of a grace that was coming, well that grace that came was Jesus and his sacrifice. And that grace fell on every generation from his resurrection. The Old Testament is useful to see how our sovereign God has had the plan of our rescue in the works for a long time, since the fall. How speaking through the prophets he assured the People of God that a work of grace greater than any other was coming. So what the Old Testament prophets and people did as it says at the end of verse 10 is they “Searched intently and with the greatest care….” They and others began to search and wait for the saviour, prophesied in the scriptures.

That’s where we move on to our second point to notice.

What would this salvation look like? We see in verse 11 the checklist of what they should expect from this salvation and Saviour this checklist included suffering, glory, grace extending worldwide. Look at Verse 11

11 enquiring what person or time the Spirit of Christ in them was indicating when he predicted the sufferings of Christ and the subsequent glories.

The problem that a lot of Old Testament prophets had and in fact a problem that existed right until Jesus came and still to this day, this idea of a suffering servant that would be glorious. We have prophets saying he will come on clouds in glory but then others saying he will beaten beyond recognition. How could a saviour be like this? The Old Testament writers and people were looking for the time and context in which the saviour would come, people stepped up claiming they were the messiah, but none stood the Test. Then in the small town of Bethlehem was born Jesus, Both fulfilments of prophecy, who came and died, which everyone probably thought that meant Jesus was just like all the others failed, but going back to our old testament checklist we find Jesus ticking the boxes, he came and suffered on the Cross, he received glory by having risen from the dead, he was ascended into heaven to sit at the right hand of God. And finally Jesus commissioned the disciples to go to all people in Acts having been equipped by the Holy Spirit.

So having worked on what this Salvation would look like, let’s look at our final point.

Salvation Revealed. We have seen today how the old testament prophets spoke of Jesus’ coming, but looking at verse 12 we see some thought provoking sentences:

12 It was revealed to them that they were serving not themselves but you, in the things that have now been announced to you through those who preached the good news to you by the Holy Spirit sent from heaven, things into which angels long to look.

The coming messiah was revealed to the prophets but not for their gain but ours, so that we would see how God has worked for our Salvation from the beginning as we have already seen. But now we see how the same Holy Spirit which inspired the Old Testament writers of Jesus’ coming is the same one that spoke through the New Testament books too, that reveal the salvation, the gospels, the epistles the pastorals. And even through the preaching that we have heard, this means one thing, having had this Salvation revealed to us we need to go out and tell others of this salvation, that if it is God’s will they might respond, and know of the salvation of Jesus. What has been revealed to us through scripture alone is an amazing act of grace and love, something which at the end of Verse 12 says “Even Angels long to look into these things” the angels wish they knew of the freedom of salvation that we find in Christ. Which shows that even heavenly creatures do not know the power of this grace that we find in the rescue from sin.

To sum this up then, we have covered quite a lot, in three verses, but what should we take from all this, well confidence and assurance. Confidence that from the beginning God has had a plan, and to encourage us he spoke through the Old Testament prophets, revealing parts of his plan. Assurance, because the Spirit with which God revealed his plan in the Old Testament, he did the same in the New Testament, in telling the true story of how it happened. But the main thing I want you to take away, is that final point that we need to go out tell people about the salvation through Jesus, and trust that God by his Holy Spirit will reveal this salvation to them. 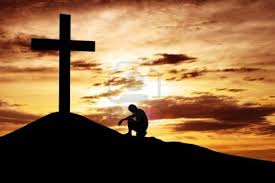